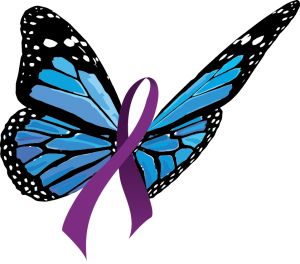 CaringOn was founded by Judy Goldberg Davanzo and Lee Kappelman to give caregivers an opportunity to “recharge, refresh, and renew” and take a break from their caregiving responsibilities. Patients now have a way to express their gratitude to their caregivers by gifting them with time to themselves. This can include anything from a few hours to sleep in a hotel to spa services, dinner and a show. Let us help you customize your gift so that it is personal and special.

The support structure CaringOn developed allows caregivers to accept this special gesture free of worry, stress and financial cost. Through donations from individuals and corporations, CaringOn is able to provide the necessary support and services needed so the caregiver has peace of mind while they enjoy their gift, step away and take care of themselves. This time/respite provides the Caregiver with time to refresh, renew, recharge and come back rejuvenated and with a new energy.

Your support is important to the CaringOn programs. Only through your donations are we able to mindfully provide the gifts you send, through us, to caregivers. Help support our mission today!

AARP and NAC 2020 Report on Caregiving

AARP and NAC (National Alliance for Caregiving) released their 2020 Report on Caregiving in the U.S.  and here are some of their findings.

Caregiving in the United States has become a public health concern as 1 in 5 Americans are caregivers, providing care to an adult or child with special needs at some time in the past 12 months.  This totals an estimated 53 million adults in the United States who identify as caregivers. While many caregivers feel their role has given them a sense of purpose or meaning, those positive emotions often coexist with feelings of stress or strain.  Caregivers often report physical, emotional, and financial strain that impacts their daily lives and how they care for themselves.  Caregivers who cannot care for themselves may become unavailable to care for others; likewise caregivers have their own financial, health, and wellness needs, which begs the question, “who will care for the caregivers?”

Give Thanks to Your Caregiver

CaringOn provides you with a way to say thank you and recognize a caregiver with a personalized “gift of care” in your name.

Get Involved with CaringOn

CaringOn depends on volunteers to help fulfill its mission. There are many different ways you can volunteer for CaringOn.

Your commitment to become a CaringOn Donor will help us provide caregivers with a “gift of care” to take time off to “recharge, refresh, and renew”.

The Faces of CaringOn 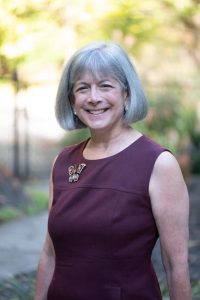 Why I Co-Founded CaringOn

“When I was diagnosed with breast cancer, I realized that I felt terribly alone and shockingly mortal, but I was also very blessed. I was blessed because I was surrounded by my husband and my family who took great care of me – and for that I am eternally grateful. Their love and their belief in me and my capacity to get well helped me to heal and transformed my fear into faith. It is because of their precious caregiving that I decided to join Judy in creating Caring On and to thank other caregivers who, like them, bless our path and walk with us on our journey out of darkness into light. I dedicate my work with Caring On to them and to my mother, Joan Marilyn Kappelman, the greatest caregiver I will ever know.”

Ms. Kappelman has a 30-year career as a non-profit leader, executive search and fundraising consultant, artist representative, television executive, and film and television producer. She is currently a Principal at m/Oppenheim Executive Search, previously headed the search and fundraising practices at Arts Consulting Group and led fundraising at the Baltimore Symphony Orchestra; held senior executive positions at CBS Television and King World Entertainment; and was a literary agent in Los Angeles and New York representing Academy-Award and Emmy-Award-winning writers, directors, and actors. In 2013, Lee co-founded CaringOn, a healthcare non-profit that thanks caregivers by giving them time to “refresh, recharge, and renew” from their caregiving responsibilities. She holds a B.F.A. with honors from Boston University and an M.A. with honors from New York University. 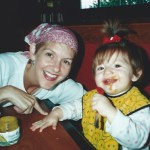 Judy Davanzo lost her battle with cancer on April 2, 2016.  We honor her memory
everyday by caring for caregivers at CaringOn – a cause that filled the last years of her life with such hope and joy.

I am a mother of two, a wife and a second time breast cancer fighter. In August 2001, at the age of 32, and after my first child turned 1 year, I was diagnosed with Stage 2 Breast Cancer. I went through a double mastectomy and 8 rounds of chemotherapy. After about a year, hair loss and medically induced menopause, I became a survivor. 5 years later I was deemed cured!!

Having worked in marketing with Whole Foods Market while ill, I decided to take time off to spend with my daughter and husband and figure out who I now was and what I wanted to do. I graduated from college with a degree in teaching and had taught in the Baltimore County Public School System for 6 years before going into marketing and events. This prompted me to go back and do some educational work with the Baltimore County Health Dept. Here, I began teaching courses to female inmates.

In February, 2006, to the amazement of my breast surgeon and oncologist, I delivered a healthy baby. Now, 39 years old, I wanted to try my hand at being a stay at home mom. As much as I enjoyed this, I always found myself drawn back to work.

In addition to teaching, I assisted in producing a movie which was selected for screening at the Sundance Film Festival. After returning from the film festival in Utah, 11 years after initially falling ill, a routine medical test showed that I now had Stage 4 Terminal Breast Cancer, and it had found its way to my liver. Naturally, I assumed there was a mistake and had my blood tested again. Unfortunately, there was no mistake. Today, because so much of my liver is covered in tumors, my situation isn’t operable nor is a transplant a procedure I can have.

In trying to find a way to cope with my recent diagnosis and knowing that I don’t have a lot of time left, I’ve needed to find a way to still contribute to society, imprint what I think are important values to instill upon my children; especially when faced with situations that are out of our control, and leave behind an idea that will make an impact and better people’s lives. That’s where CaringOn comes in.

CaringOn allows advanced-cancer patients to say “thank you” to their caregivers by giving them a gift. Patients tell us who their caregiver is and what they would like to gift them. And CaringOn does our best to make this personal gift happen!

I believe that CaringOn will have a positive and substantial impact on our society and in the way that we take care of each other when terminal illness happens. I believe that it is important for you to understand my personal journey and how that led me to this endeavor. If asked what have I learned from having cancer; I would say that everyone has a “fight to fight.” Often, through the love they give, caregivers share in the patient’s battle scars and wounds.

Through your donations and support, CaringOn gives caregivers much needed rest and lets us say to them, “thank you” – for they too are survivors and heroes! 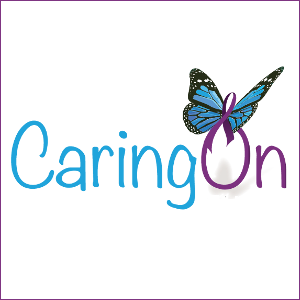 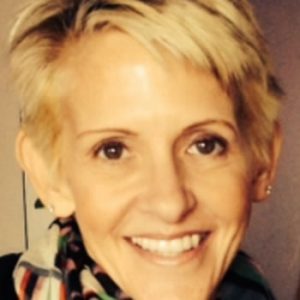 Every gift to the CaringOn Annual Fund makes a valuable difference, regardless of its size. Make your contribution today!